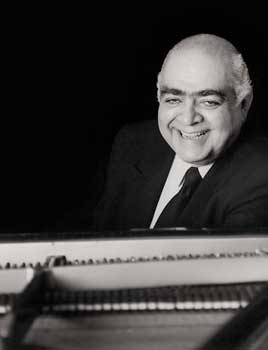 William Daghlian is an influential musician whose activities as a pianist, visionary mentor and record producer give him a musical dimension unique among piano teachers of his generation.

He has attracted students from vastly different fields, like Aleck Karis, Michael Cherry, Sonia Rubinsky as well as Oscar Winner Jon Batiste, Roger Lent and Polly Ferman, among others.

Born in São Paulo, Brazil in 1941, Mr. Daghlian has lived in New York City since 1968.  He attended the Seminários de Música Pro-Arte in São Paulo and the Manhattan School of Music in New York.  His influential piano teachers include Elza Feltrini (schools of Luigi Chiaffarelli and Wilhelm Kempff) and Anna Stella Schic (schools of Martin Krause and Marguerite Long).

He has given Master Classes at the University of California (UCSD) and at the São Paulo State University (UNICAMP).  He has also been a visiting professor at UCSD.  Daghlian has taught at the Manhattan School of Music and was adjunct piano faculty at the Aaron Copland School of Music at Queens College. He is a performance associate at Hunter College and a private teacher and coach.

For his pupils, Daghlian has conceived and produced numerous recordings:

The pioneering thematic recording made with Aleck Karis in 1986 — Chopin Fantasie Op. 49, Carter Night Fantasies, and Schumann Carnaval Op. 9 — was reviewed by Peter J. Davis who wrote:  “Not long ago, such stimulating juxtaposition of the old and the new on a record would have been considered eccentric, but here it seems entirely right and natural.” (New York Magazine, January 19, 1987).  This was the first CD ever released by Bridge Records (BCD 9001).